Atlantic Diver was treated to a rare sighting of a pod of about 30 beautiful Risso’s Dolphins today. They swam in pairs which is typical of this species of Cetacean and although not interested in playing with the boat…lucky anglers out on a Newquay Sea Safari and Fishing trip off Newquay were able to view them from a short distance away from the boat. It is the first time skipper Chris lowe has seen this species of Dolphin so close to Newquay. He identified them with a little help from wildlife guide  Annabelle when he at first thought they were Bottlenose Dolphins but was puzzled by their distance from the coastline and rounded shaped heads and short beaks….similar to Pilot Whales. Some were very dark in colour like Pilot Whales whist others were very pale , almost white like Belugas. Several were also scarred….this scarring is thought to be from fighting or teeth contact ( rake marks) from other Risso’s Dolphins and maybe even from Squid injuries which makes up part of their diet. Their very Falcate fin was another identifying point. All of these identifying marks can be seen in the following pictures taken by Chris. ….Wow the passengers and skipper were blown away….”Fintastic!!!” It will be interesting to see what marine Wildlife we spot this winter as Atlantic Diver will remain in the water to continue trips throughout the winter period..please call the skipper to arrange any trips. 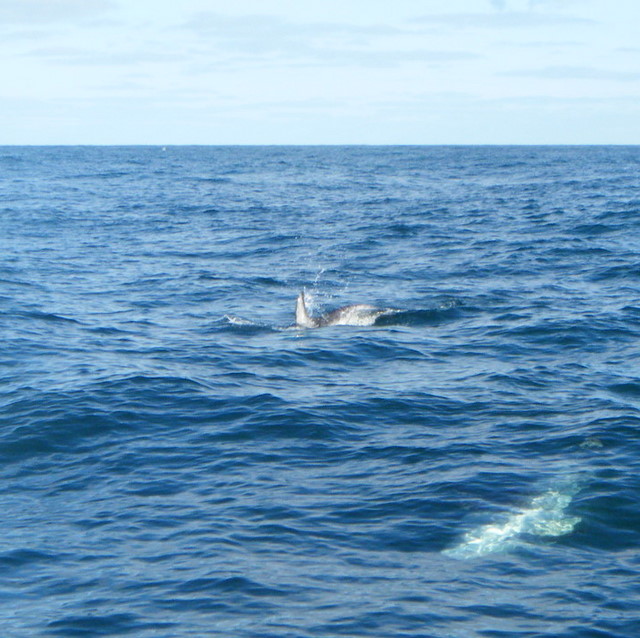 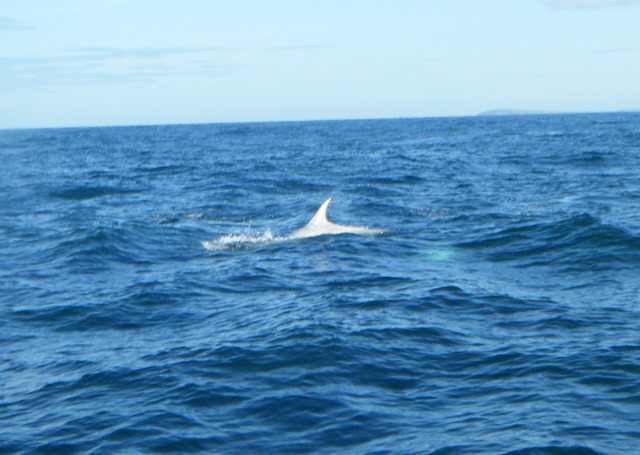