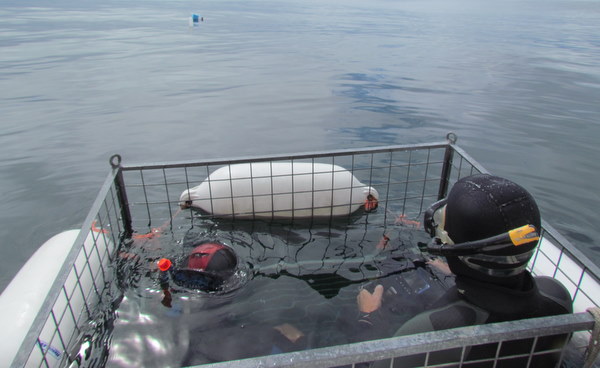 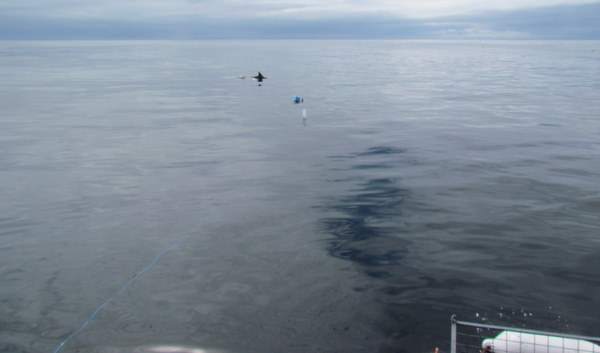 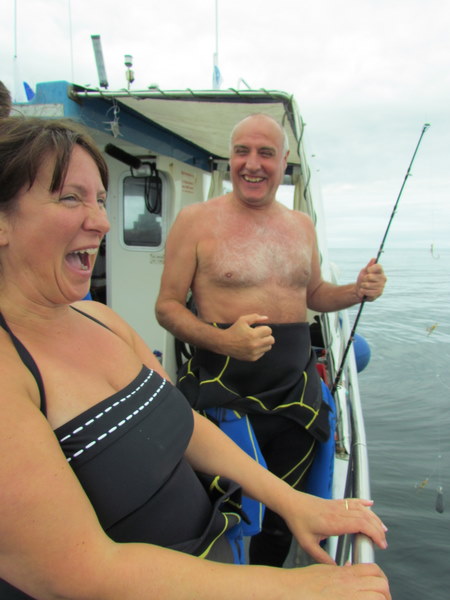 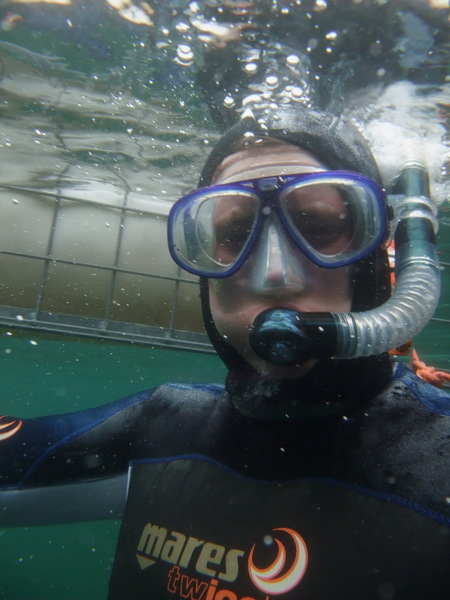 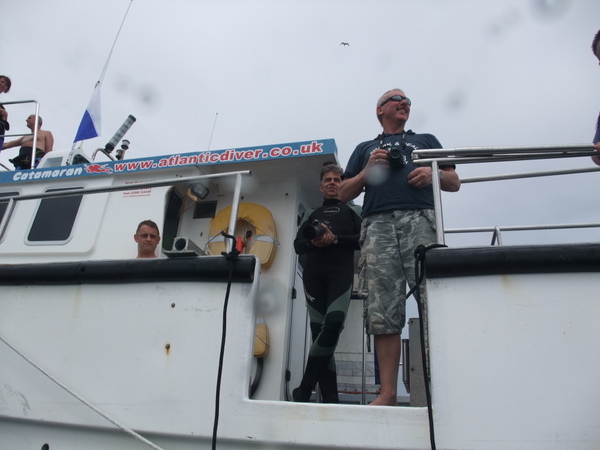 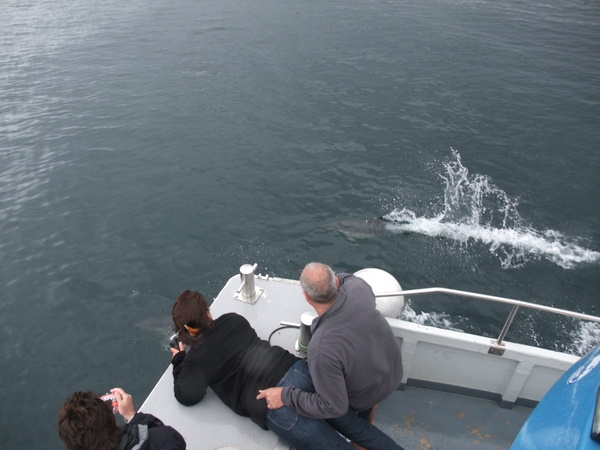 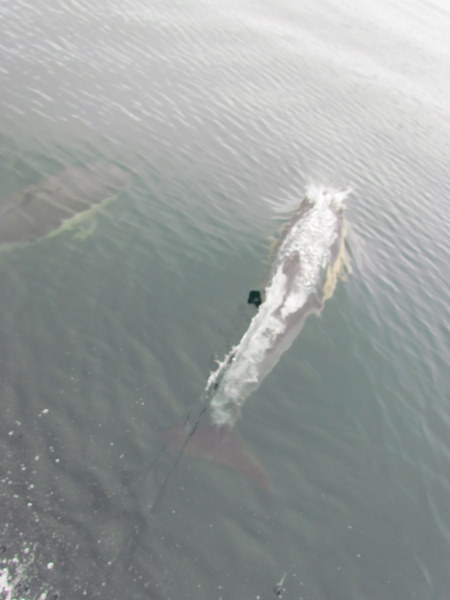 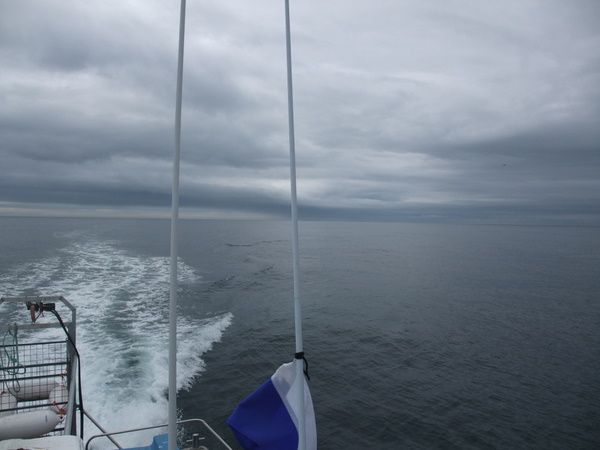 Fantastically calm conditions at sea yesterday enabled us to see hundreds of Common Dolphins and every sea bird around for miles ,as we powered out to deep ocean 20miles offshore. The shark cage  was an easy slide in as the mill pond conditions continued throughout the stunning August day. Pod after pod of common dolphin fed alongside diving gannets until the trip became a dolphin not sharking trip. Juvenile and dolphin calves played inquisitively close to the cage until ushered by the adults to rejoin the pod. We watched and listened to the dolphins tail slap as they rounded up the fish in an amazing display of team work fishing. The team work continued aboard Atlantic Diver as would be shark divers Karen and James vied for top fishing position ( sorry Karen ,James won). despite copious oily chum and a slick to die for no shark was brave enough to show its face around the mass of dolphins. The spectacular show continued after we shut up shop and headed home as pod after pod still feeding leapt and porpoised out of the sea, with a few occassionally breaking the ranks to dance and play in our bow wave. Not exactly the choice of marine wildlife today but one of the most enjoyable days I’ve ever had at sea…thanks to the dolphins and our passengers who made the day such fun.