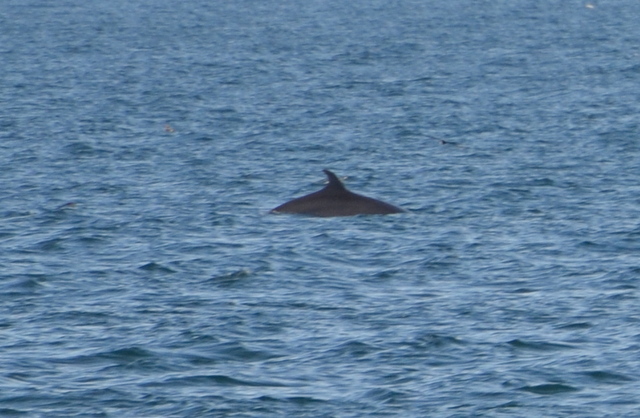 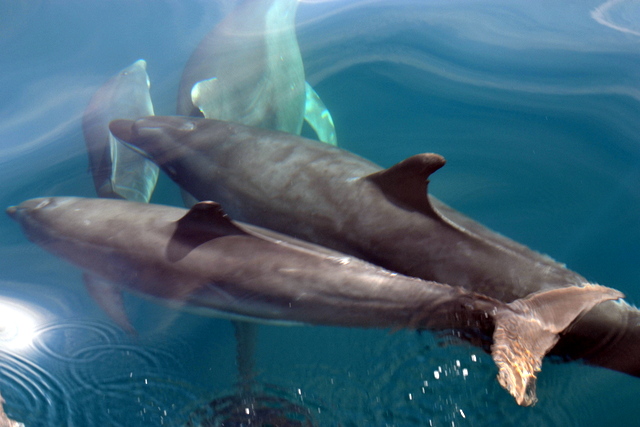 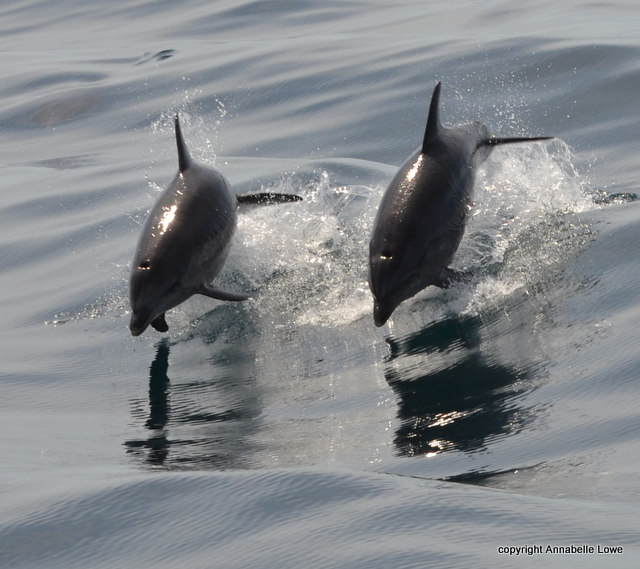 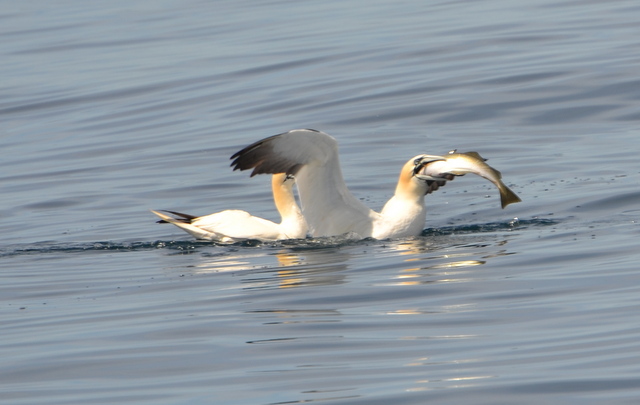 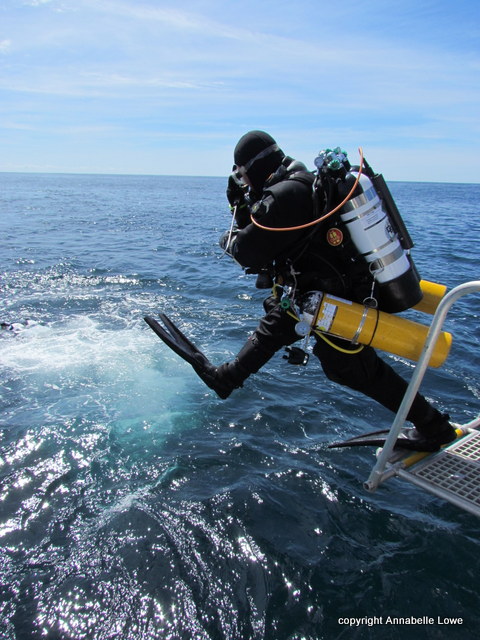 All aboard for the dive trip of the century..as we left Padstow Harbour, “Atlantic Diver” cut through the glassy sea in the warmth of the newly found July Sunshine..awesome in itself you would think…Chris  let out full throttle and off we sped for a 30mile journey to the wreck site the REWA…2 Puffins flew past followed by numerous Gannets and hundreds upon hundreds of Manx Shearwaters…spectacular watching them take off from the waters surface, circle and reland again. Then over about half way through, a pod of about 80 Commom Dolphins  including calves were actively hunting, blowing bubbles from below and coralling in circles. Behind them was a pair trawler and having read recent research it would suggest that the dolphins have a familiarisation with the fishing vessel….or was it the other way around?

About 2 mile on and we spotted 1 loan Bottlenose Dolphin …unusual we thought, on its own …when…suddenly the tell tale bubbleblows surfaced and we realised there were more, at least 25 surface and porpoised out of the sea, some came to join us in our journey whist others reained actively hunting. Again calves were present and one adult had pocks marks all over its body. The water visibility was so clear that we could see ever y rake mark on their bodies’…..just breath taking. During this we passed 4 Potuguese Man-of-war jellyfish just below the surface, there may have been more but we passed rather rapidly.

Smiles all round and divers safely enjoying their dive, we waited still spotting for more Cetacean encounters. Two divers surface when….A MINKIE WHALE surfaced scooping up great mouth fulls of plankton….quick get the cameras….again it surface and again, circling Atlantic Diver and eventually came 100m to our port side…at this stage we realised that it was over twice the size of our 10m Blyth Catamaran and so with the surfacing pattern and the dorsal fin size and shape,we reidentified as a Fin Whale…..WOW absolutely AWESOME…best day ever. Divers continued to surface and some saw the whale…what a sightb that would be underwater during your decompression stops!!! Loving this job !! Thanks guys for booking our boat!!:0) 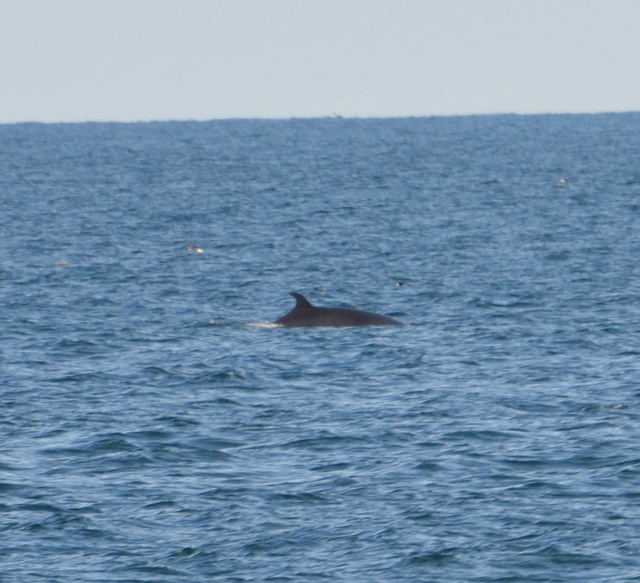 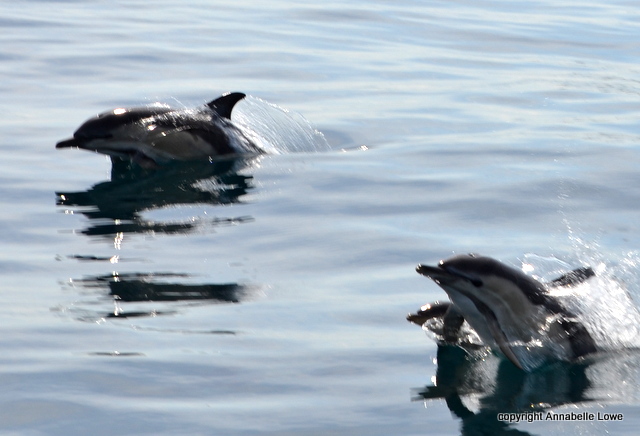 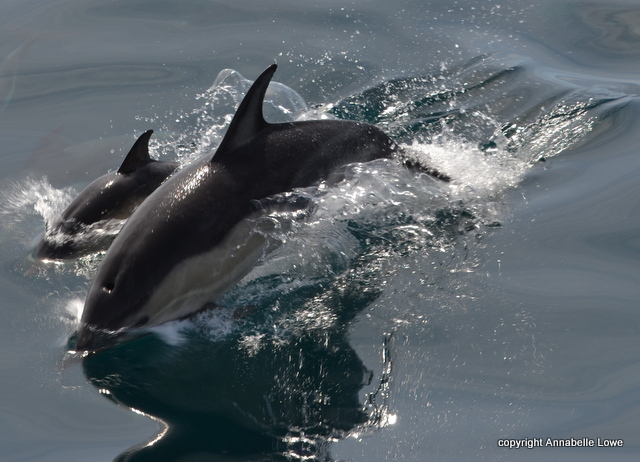 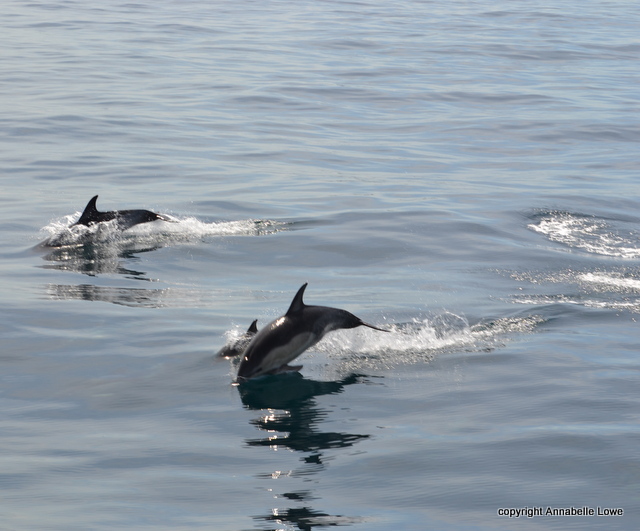